In the midst of the India lock-down, Modi Yojana,the Modi government has been announcing big schemes to all the poor families. The government has released a package (Rahat package) of relief for all its countrymen, so that no one will be poor.

The Modi government says that no poor family should be hungry and for this reason the government has provided free dal rice flour wheat so that the poor people do not have to face the difficulties.

Along with this, special attention has also been taken of women in this scheme. The government has decided to send ₹ 500 per month to the accounts of all women. For the next 3 months, the government is going to add Rs. 1500 to the Jan Dhan accounts of women. 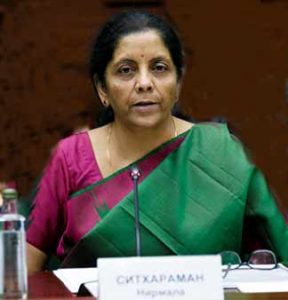 Worker gets big benefit of government

The government of India has announced to provide assistance to 3.5 crore working workers of the country.

In this aid amount, the government has announced to release 31000 crores of these workers in Rahat package.

Recently, Finance Minister Nirmala Sitharaman told that the daily wages of all the laborers who used to work under MNREGA should be increased.

And all such laborers who used to get ₹ 182 on earlier work and the government has increased it to ₹ 200, I announce that the benefit of this scheme will be extended to about 50,000 families of the country.

Money will be filled soon in PM Kisan Yojana

In the relief package, major announcements have also been made for farmers, in which the PM Kisan installment has been announced to put 2000 in the accounts of the farmers and it will be transferred to the farmers’ account in the first week of next month.

Money will not be deducted after withdrawing money from ATM

The government has also made a big announcement in the banking sector, earlier you had to pay ATM charges for doing more than 5 transactions at bank ATMs. But the government has lifted this charge due to this coronavirus epidemic.

Now you can do as many transactions as you want, you will not be charged any additional fees.

Money will be sent to women in Jan Dhan account

Free other scheme for the poor

5 kg or rice will be given to such poor families for the next 3 months to come, as well as to all Dalit families who have been given 1 kg of pulses in BPL ration card holder free.

Major announcement of the government for differently-abled 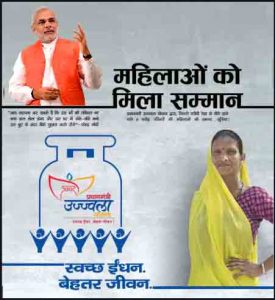 The government has made another big announcement here for women in Rahat package. For women running self-help groups under PM Garib Kalyan Yojana.

The government has announced to take additional loans, so that women running self-help groups will now be able to take more loans than before, this announcement will benefit 7 crore families.

Free gas Cylinder will be available for the next 3 months

All the BPL ration card holder families will also provide free gas cylinders for them for the next 3 months, this will bring eight to eight crore poor BPL families in the country.

free gas cylinder subsidy given by the government as subsidy.

But due to coronavirus, the government has increased this amount. And now, under the Government Livelihood Scheme, a loan of up to ₹ 20000 will be given bail. This big announcement will benefit the poor families living in the country.

Government should use mineral funds

The government has made another big announcement here by using mineral funds. That the states get the money of whatever funds are received inside the district, spend this money in spreading medical and screening tests in these activities and coronaviruses.

Insurance cover up to ₹ 5000000 for doctors and medical staff

The government has made another big announcement in Rahat package here. That such people who are contributing themselves to the crisis of coronavirus, like Asha Worker Doctor Nurse and other medical staff, for these, the government has provided insurance cover up to ₹ 5000000, this will benefit about 20 lakh medical staff of the country.

There may be some more announcements in India soon

The Government of India may soon make many more announcements in the country in view of the Coronavirus crisis. Finance Minister Nirmala Sitharaman has said that the relief package on Thursday will not be the last relief package. The government is constantly fighting the coronavirus crisis and soon I will be in the country. Can make many big announcements for the poor families struggling with the economic situation, along with the benefits to the poor families from time to time. Awareness |

How many cases of coronavirus have occurred in the country

According to the recent new report, the number of patients from all over India is increasing day by day, today the number of coronavirus patients is going to cross the 1000 mark. And at the same time the death toll from coronavirus has reached 27. Modi government has appealed people to stay at home