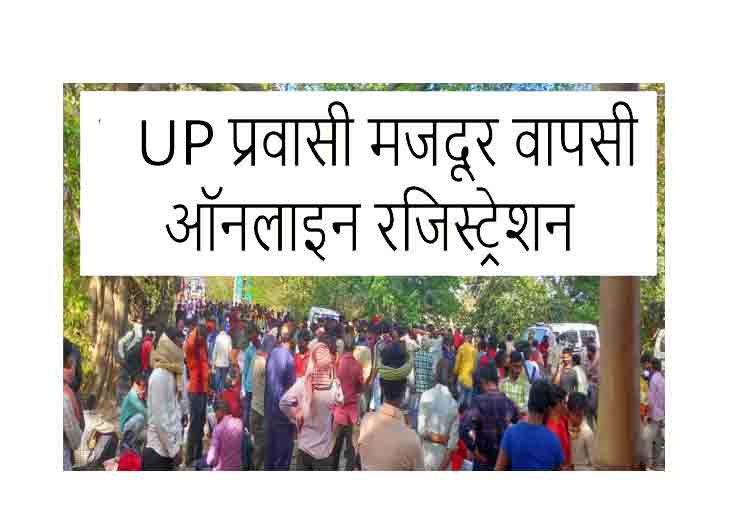 UP Workers Return Home online application process has started. If you too are stuck in another state, then you can apply to come back. The Uttar Pradesh government has made a new provision for workers’ return. By which the workers trapped in other states will be called in their own state.

Yogi government approves UP Migrant Workers Return scheme Uttar Pradesh Yogi government has told that such workers who are stuck in other states in the event of this lockdown. All of them will be assisted in coming home. Because whatever workers are trapped outside. They have problems with eating and drinking.

And in such a situation, all the workers want to return to their state. But the state is stuck. That state is not helping them out. For this, the governments of all the states will bring the residents of their respective states back home.

Uttar Pradesh Chief Minister Mr. Adityanath Yogi has started UP Migrant Workers Return scheme. So if you also want to know how to apply for it. And what should be the qualification for this, as well as what are the requirements, then we are going to give you complete information about it.

For all the laborers who are native to Uttar Pradesh. And are employed for wages in other states. And now they are stuck in other states because of this coronavirus. The government will bring them back to their state under the UP Migrant Work Return Scheme. As you know. The Yogi government has run many different schemes for the original residents of Uttar Pradesh.

By which no laborer will be able to sleep hungry. And apart from this, the Yogi government will start many more schemes in the future so that the government will provide full facilities to these poor laborers. Because all the jobs that were there have been completely closed.

About UP Mazdoor Ghar Wapsi Scheme

As you know, friends. That coronavirus continues to spread throughout India. And the government is continuously increasing the period of lockdown. Recently, the government has extended the period of Lok Down to 17 May. And this is the third stage of the people down. Due to this lockdown, the work of all workers has stopped.

According to new information of the government, so far, about 12000 workers quota from Haryana, about 11,000 such students have been brought back from Rajasthan. And in addition to this, 400,000 migrant laborers and workers have also been brought from Delhi, but apart from this, migrant laborers of Uttar Pradesh are stuck in all corners of India in many states.

The Uttar Pradesh government is preparing to bring it back under its UP Migrant Worker Return Scheme soon. The government is only bringing back the laborers who are stranded in another state.

The quarantine will be done after bringing back the workers

According to the new rules of the Yogi government, it has been told. All the workers return to their homes. So they will be quarantined for 14 days. And along with that any workers coming home from outside. Government Quarantine Centers are also maintained for them. First of all those laborers will be investigated, only after the investigation, they will get approval to come.

If such a laborer is found to be affected by this coronavirus-like epidemic. So the government will first get him treated. And when it becomes perfectly healthy. Only then will he get approval to return to his kingdom.

Through this Yogi Government’s UP Migrant Workers Return scheme new scheme, all such laborers who are stranded in other states are benefited.

All the workers are residents of Uttar Pradesh. And if I want to come back to my state, I have to apply for them online. And for that, the following documents will be required.

If you are migrant laborer of Uttar Pradesh. And you are stuck in other states. So you can come back to your state by applying online in this way. 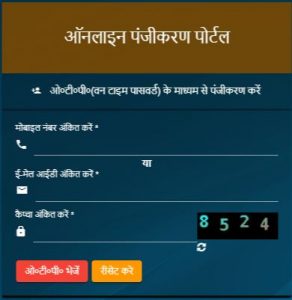 All the people have questions about the UP workers returning home. We have tried our best to answer them here. If you have any other questions in your mind, then do tell us in the comment box.

The easiest way is to register UP Mazdoor Ghar Wapsi. That you have to contact the nodal officer of the state of Uttar Pradesh. Whose mobile number we have given you above. Along with this, you can also enter your information by contacting the helpline number. And you can register yourself as such.

How will you book a train ticket for return to Uttar Pradesh?

As we can tell you that there is no need to book a train ticket to return to Uttar Pradesh. The government has run special trains for you. And you will get their ticket only when you contact the Nodal Officer and register yourself. When your registration is done for the return of Uttar Pradesh, then you will be given a train ticket from the government and you will be able to travel in these trains easily.

How much money will have to be paid for taking a return train ticket to Uttar Pradesh?

After returning to Uttar Pradesh, do the workers need 14 days quarantine?

Can any infected or sick person get approval to return to Uttar Pradesh?

No, the government approves to come back to Uttar Pradesh only after thorough investigation. If you were in the coronavirus system or you have some other disease. So the government will not approve for you, because for this first you have to check. And only after investigation, you are given the approval to return to your state.

Is the station also tested?

Yes! When you come to your railway station from where you have to board the train. Your thermal scanning will be done there and only then you will be approved to sit in the train. And apart from this, when you get down at your station, your thermal scanning will be done there too, only after that you will get approval to go to your village. If you are found ill in this test, you will be quarantined immediately.

Can the workers of Uttar Pradesh return without registering?

No! If he wants to return to his kingdom. So for that, first of all, you have to get your registration through the above-mentioned method and when the government examines it, then it will be given permission to come to the state of Uttar Pradesh.