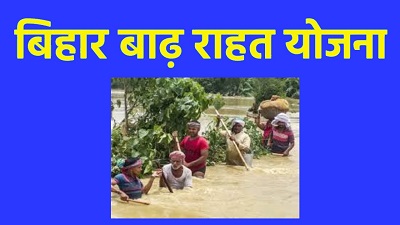 Who will get the benefit of Bihar Badh Rahat Sahayata Yojana ?

Bihar Badh Rahat Yojana has been done by the Chief Minister of Bihar state, Mr. Nitesh Kumar, in all such areas which are affected by floods. This scheme has been started to give relief from floods to all such persons. Under this scheme, a provision has been made to give a compensation amount of ₹ 6000 to the affected families. Apart from this, families who have suffered more due to floods. For example, if there is more damage to houses, animals, or crops, then the government will provide separate funds for them.

So today we are going to give you here by the Bihar government. We are going to tell about the Bihar Badh Rahat Yojana. That how you will be able to apply for Bihar Badh Rahat Yojana 2022. If you want to take advantage of this scheme, then you must read our article from beginning to end so that you can avoid this problem and take advantage of Bihar flood relief ₹ 6000 amount.

Bihar government takes special care of all the people of its state. And as you know that some areas of Bihar are prone to floods, due to which people are more affected by the floods, along with that there is also heavy damage to the crops there. And houses, houses etc. get destroyed in the flood. Along with this, animals also suffer more damage than floods. In view of all these problems, the government provides assistance in all such Badh Rahat areas and provides compensation to all the people there.

Bihar Badh Rahat Sahayata Yojana 2022: In many areas of the state, there are kutcha houses which are more affected by floods and along with this, there is loss of life and property due to floods, this problem has been seen in many areas of Bihar. The government has included these 10 districts in the Badh Rahat districts. In which East West Champaran, Kishanganj, Darbhanga, Muzaffarpur, Sitamarhi, Sheohar, Khagaria, Supaul, Gopalganj have been kept in more Badh Rahat areas because these districts have seen more flood outbreaks, along with those who are destitute families. Government will include in this scheme. All of them will be given assistance in their accounts through Direct Benefit Transfer.

The government has made a plan to provide special assistance scheme in all the Badh Rahat areas of Bihar state. The government has made an objective to include all those small families or small poor farmers, 10 districts of the state who are most affected will be able to get benefits through this flood relief assistance scheme 2022 and will be able to run their living properly.

The main objective of this scheme is to provide assistance to the people affected by the floods. So that he can get rid of problems like starvation. And along with it the families who have suffered loss of life and property. Aid can be made available to them. Here the government will distribute the assistance amount of ₹ 6000 in all such affected areas.

With the start of Bihar Badh Rahat  Yojana 2022, the main objective of the Bihar government will be to get rid of the problems people face financially and in their living. Through the Bihar Badh Rahat sahayata Yojana, to provide assistance to the backward and poor families of your state or to the farmer brothers. So that he can live his life properly.

What are the main points of Bihar Badh Rahat sahayata Yojana? 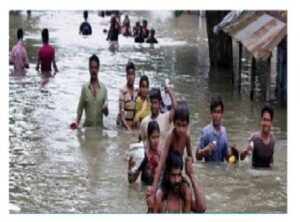 If you want to take advantage of Bihar Badh Rahat Yojana 2022 launched by the Government of Bihar, then you must have the following documents.

If you are applying in Bihar Badh Rahat Yojana, then some eligibility has been kept for it, if you fall in the category of these, then only you will be given the benefit of Bihar Badh Rahat sahayata Yojana amount, whose information is given below.

Here we are going to tell you the information about how much compensation will be provided by the Bihar government in the Bihar Badh Rahat sahayata Yojana.

In the state of Bihar, these 10 districts come in maximum Badh Rahat area because here maximum damage is caused by floods, whose names have been given to you below.

Under all these districts, 282 panchayats of total 55 blocks have been affected by the floods.

For the information of how many families have been included under the Bihar Badh Rahat Sahayata Yojana, a survey will be conducted by the government in all the flood-affected areas, in which the names of all those people who have suffered maximum damage will be added. Along with this, if your crops have suffered maximum damage, then you will also be kept in the Badh Rahat area and for this the government will provide assistance to you. The list of beneficiaries of flood assistance scheme 2022 is prepared by the Lekhpal.

And along with this a camp is organized in your village. And where maximum damage has occurred, a list of all those is prepared, after the list is prepared, all those persons are considered to be Badh Rahat and money is transferred directly by the government in the account of all of them. The work of preparation is done by the land department of the district administration. So if you also want to see its list then you can see its list by Lekhpal.

After that, you will be asked about what has happened to you and you will be given all the documents. After this, that officer will complete your registration, your name will be added by the camp in the flood relief assistance scheme 2022, after which you will be compensated according to the amount of loss you have suffered. The amount of compensation is directly credited to your bank account through DBT.