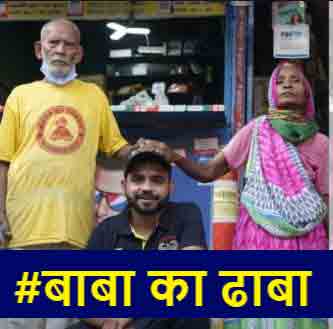 Baba ka Dhaba: – There is a lot of discussion on social media at this time, in which it is being told that the owner of Baba ka Dhaba, Kanta Prasad has accused Gaurav Vasan on YouTube, so what is the matter? And we are going to tell you the complete truth of why this dispute is increasing rapidly.

What is the matter of Baba ka Dhaba??

As we can tell you, some time ago, Gaurav Vasan made a video in which people were asked to help him financially over Baba ka Dhaba due to the economic slowdown in the down, in this video, the owner of Baba ka Dhaba, Kanta Prasad wept. It is telling that their shop is not running at all in this lockdown. And because of this lockdown, he is unable to make his living while he also cooks good food at his shop but due to the lockdown, no customers are coming to his place.
So to help him, YouTube Gaurav Vasan had uploaded a video of him on social media and that video went viral overnight, so that Baba ka Dhaba got much publicity and more and more people to help Baba ka Dhaba Along with him, Gaurav Vasan also demanded some donation to help Kanta Prasad and people have given more and more donations to Baba here and Baba has been on social media overnight but in the story Another new twist has come in which Baba has filed a complaint with Gaurav’s police on YouTube.

In this new story that went viral on social media, Baba ka Dhaba and YouTube and Gaurav Basant’s story is now taking another new twist: The video of Baba ka Dhaba owner Kanta Prasad came to Baba after the video went viral. Due to the manipulation of money, Baba has filed a case under Section 420 in Malviya Nagar Police.

Baba told social media after registering 31 October that Gaurav cheated on us as Baba has told the media in his talks that Gaurav has given his account of his wife and account of his brother in the video. And there is a video on YouTube in which Gaurav is saying that ₹ 2000000 has come to Baba’s account, then how does Baba say that he knows that ₹ 2000000 has come to our account while our account is sealed while he gave three accounts If you have, then the money must have come to his account, otherwise how would he know and now Baba along with his lawyer Sahab and Tusant his manager have filed a complaint with the police to investigate the matter.

The owner of Baba ka Dhaba has lodged a police complaint against Gorakh.It is being told that Baba has lodged a complaint in this that Gaurav has manipulated the money that came in the donation and has not given all the money of donation to Baba. While Gaurav says that he has given all the money to Baba’s bank account and all the money that came, he has given the whole to Baba but Baba is still thinking that he has not got all the money and about 20 The money of 25 lakhs is with Gaurav which has not been given to Baba, but Gaurav has shown all his bank statements to the media and has told that he does not have any money. 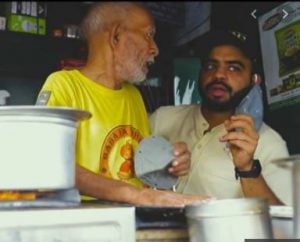 This thing came into the discussion when on October 25, a video was uploaded and Gaurav was accused of accusing him of not giving Baba money to Baba and manipulating the money as well in this video. Owner Kanta Prasad and his manager have also said that Gaurav did not give them the money, as soon as the video of Lakshya Chaudhary came on YouTube, Gaurav reached Baba the next day and gave him a check of ₹ 233670.

After this, Gaurav also said that he has given all the money to Baba as well as Gaurav has shared the details of all his bank accounts with him and Gaurav says that most people are donating from Paytm. And he did not have a Paytm account, so he shared his wife’s Paytm details and gave all the money that came to Paytm to Baba.

Prem Joshi, the lawyer of Baba ka Dhaba owner Kanta Prasad, has kept a press conference on the miscommunication going on social media, in which the media is clear and tell all the things, he has told that people are speaking many kinds of things against Baba whose Because of this, Baba is facing many kinds of difficulties and at the same time people are applying medicine on Baba for being a liar and using vulgar language from Baba is also being said about Baba. Baba Lal ji, while Baba’s lawyer says that if he had this much money, he would not be running his shop everyday at 6:00 am Gaurav has said in the video that ₹ 2000000 has come to Kanta Prasad’s bank account. This question was asked by Baba’s lawyer that how did Gaurav come to know that 2000000 rupees have come in the same way, it is being spread here and people are discussing differently on social media.

Recently, Baba has undergone an eye operation, due to which Baba notices on his shop, the shop will open on Monday and Baba’s shop is closed for two days now.